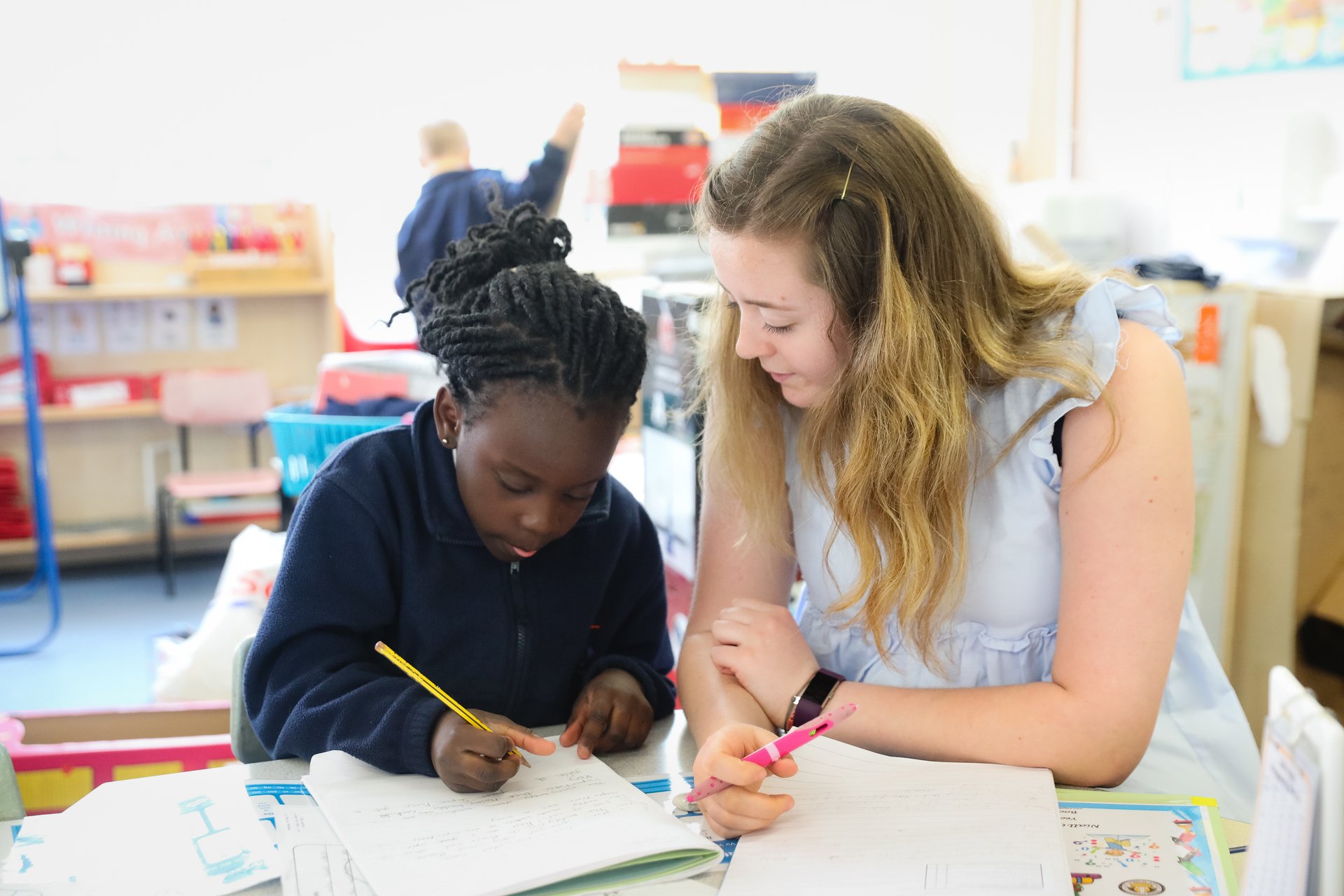 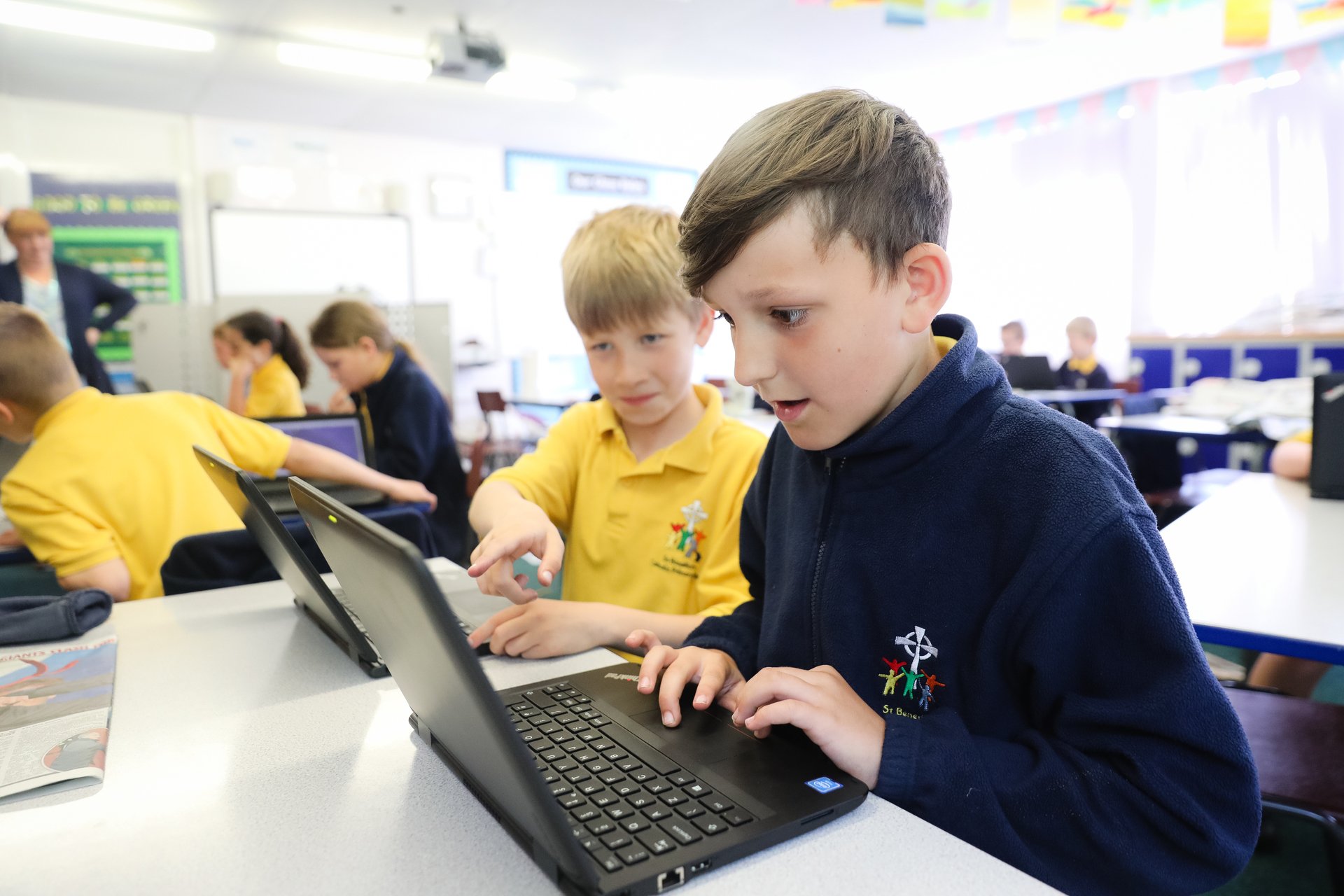 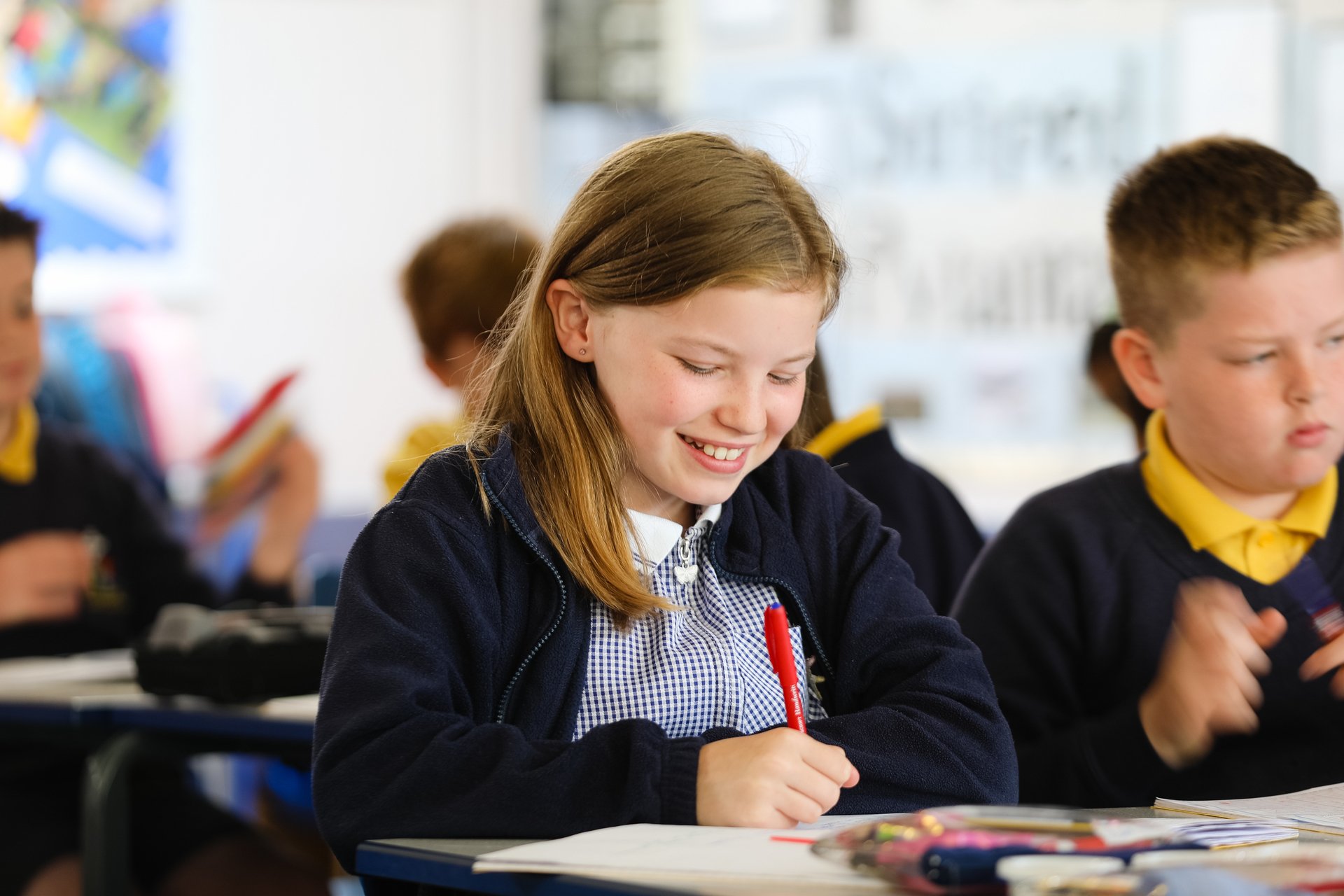 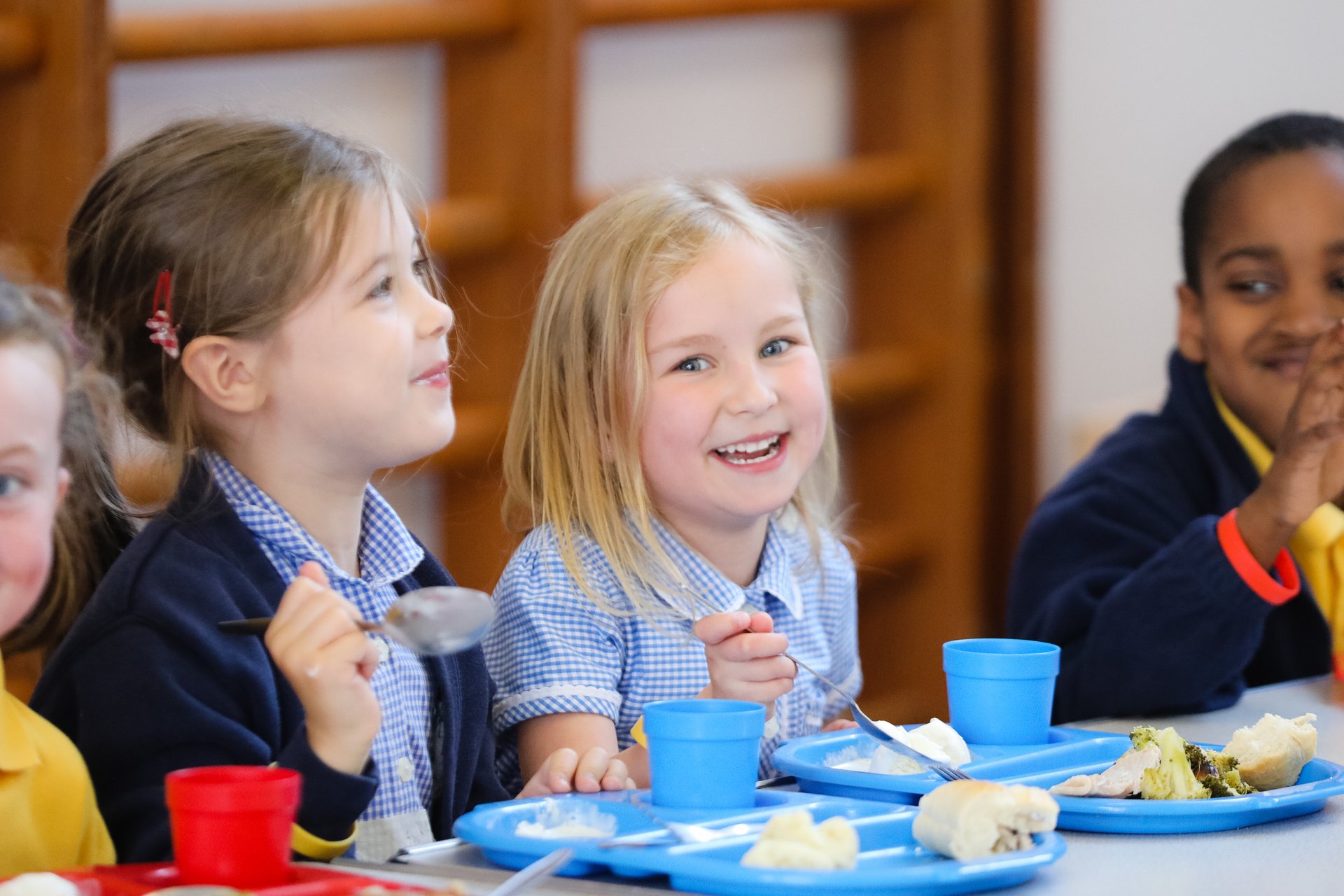 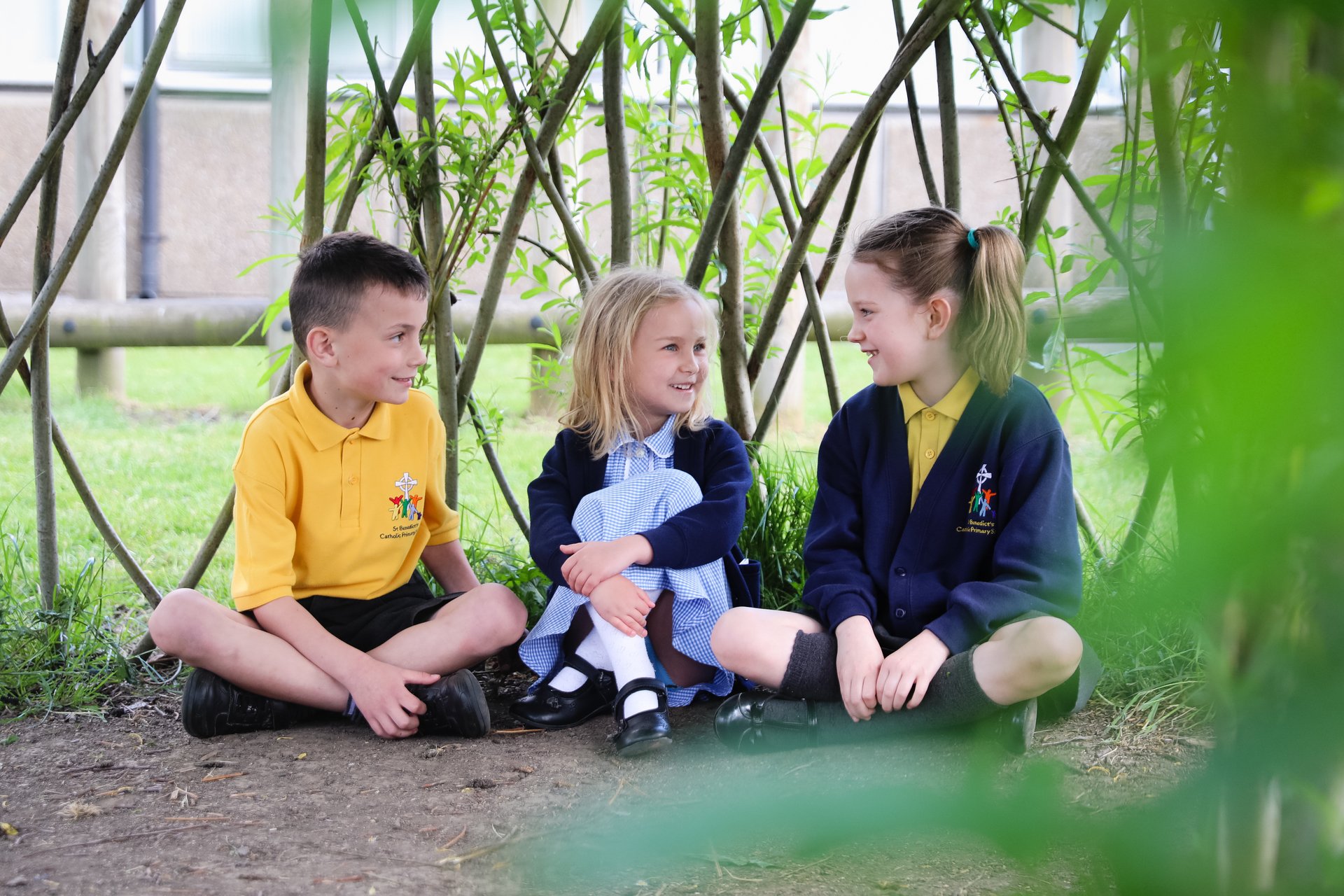 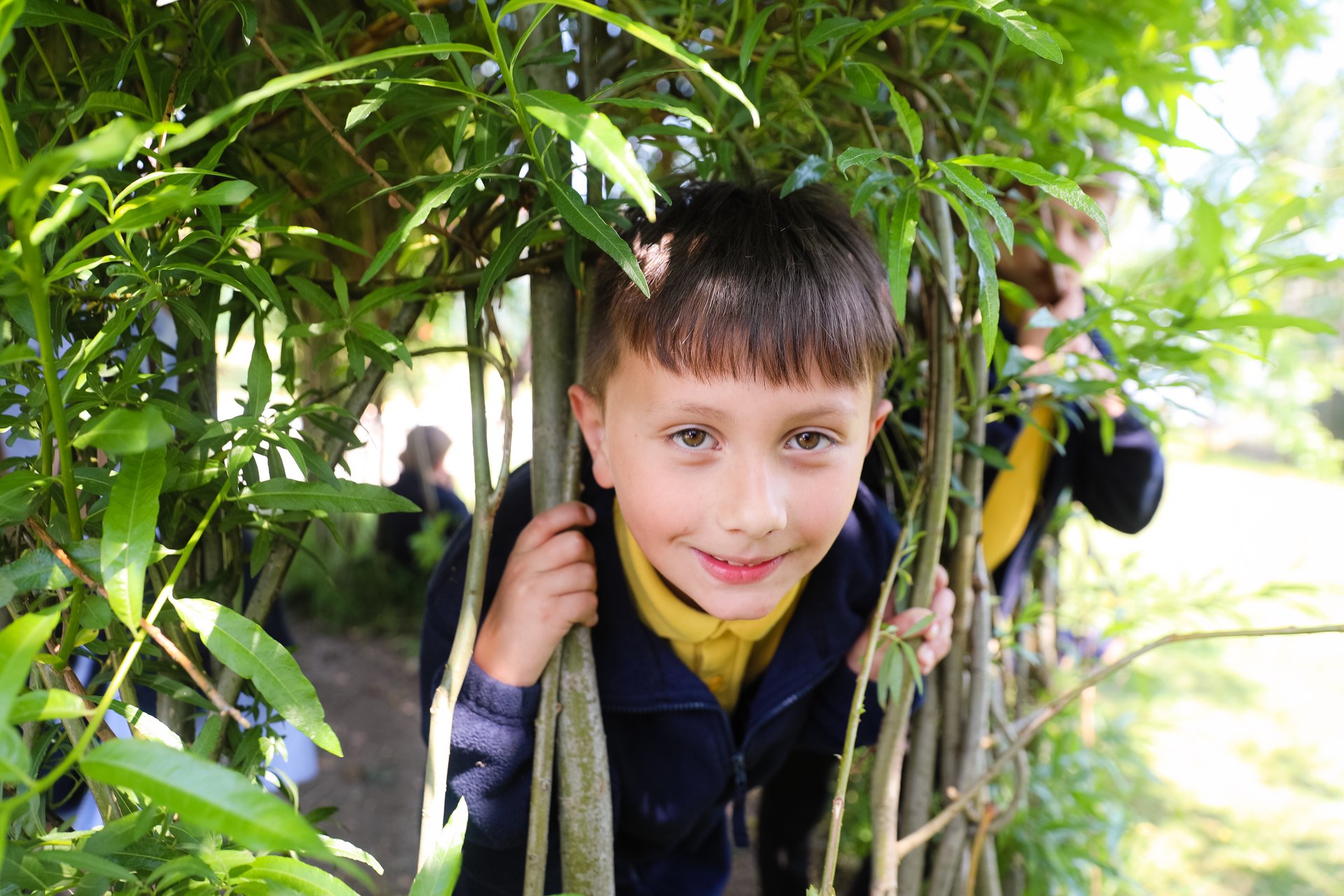 John 10:10 "I have come so that you may have life and have it to the full.""All will be well and all manner of things will be well.""The future belongs to those who believe in the beauty of their dreams." Eleanor Roosevelt"For I know the plans I have for you, declares the LORD, plans for welfare and not for evil, to give you a future and a hope." Jeremiah 29:11 "At the heart of our faith is one truth: God loves you." Pope Francis“We must be the change we wish to see in the world.” Mohandas Gandhi

St Benedict's is one of 15 schools who form the Bishop Konstant Catholic Academy Trust. All our academies are communities where our children and young people are given a clear vision for life, a vision which is rooted in the person and teachings of Jesus Christ and which is faithful to the mission of the Catholic Church.

The Trust seeks to serve all our families (Catholic and non-Catholic alike) and to work with other partners in education for the benefit of our children and young people; we are committed to working together as academies and with the wider community for the common good.  In our academies, we uphold the dignity and unique human value of every person as we strive for excellence in education; gifts and talents are shared between our academies as we aim to provide the highest standards for all our children and young people, aged 3 to 19 years throughout the Trust.

Click here to see the Trust's Annual Report and Accounts.

Please see below a map with the locations and addresses of all schools within the BKCAT. Who was Bishop David Konstant?

David Konstant became the eighth Bishop of Leeds in September 1985 when he succeeded the long-serving and popular Bishop William Gordon Wheeler. He came to Yorkshire from the Diocese of Westminster where he had been an assistant bishop to Cardinal Basil Hume since 1977.

Bishop Konstant was educated at St Edmund’s College at Ware in Hertfordshire and from there he proceeded to Allen Hall to study for the priesthood. He was ordained for the Westminster diocese on 12thJune 1954 and then went up to Cambridge to read mathematics at Christ’s College. He graduated in 1958 and the following year he qualified as a teacher following a postgraduate course at the London University Institute of Education. Bishop Konstant later renewed his links with Cambridge when he was chairman of the Oxford and Cambridge Catholic Education Board from 1984 until 1996.

From 1958-59 he was an assistant priest in the parish of St John the Evangelist at Islington and then he joined the staff at of the Cardinal Vaughan School in Kensington, teaching maths. In 1964 the Archbishop of Westminster, Cardinal Heenan, appointed Fr Konstant as Director of School Chaplains in the diocese and the next year he became the Diocesan Advisor on Religious Education. For eighteen months from the beginning of 1969 he was the acting Head of St Michael’s Comprehensive School in Stevenage before becoming the first director of WREC, the Westminster Religious Education Centre.

His knowledge and experience of schools, catechesis and pastoral liturgy allied to his leadership and administrative skills persuaded Heenan’s successor, Cardinal Hume that David Konstant was a prime candidate for promotion and in April 1977 he became an auxiliary Bishop in the Diocese of Westminster. For the next eight years he lived in Kensington and had pastoral oversight of the Catholic communities of Central London. In 1984 he was made a Freeman of the City of London. In July of the following year it was announced that he had been appointed to the Diocese of Leeds and he was installed as Bishop at St Anne’s Cathedral on 25th September 1985.

When he arrived in Leeds Bishop Konstant was already the chairman of the Department for Christian Education and Formation of the Catholic Bishops’ Conference and chairman of the CES, the Catholic Education Service. He was widely recognised as a highly effective negotiator promoting the cause of Catholic schools. His expertise, wisdom and integrity gave him credibility with both ministers and civil servants. He was able to establish good working relationships with both groups and thus secure their trust and confidence. While on the one hand he understood the pressures on politicians and was willing sometimes to compromise; on the other he had the courage to stick to his principles as the national leader of Catholic education, most notably over the issue of Grant Maintained Schools.

In 1980 Bishop Konstant was a member of the planning committee for the National Pastoral Congress held in Liverpool and which led directly to the 1982 Papal Visit to Great Britain. Five years later he was one of six bishops appointed by Pope John Paul to the international committee charged with drafting a new catechism for the world-wide Catholic Church. For three years he was joint chairman of the group which supervised the preparation of the English language edition of the Catechism and in May 1994 he travelled to Rome to present the final version to the Pope St John Paul II.

Closer to home he led the working party of the Catholic Bishops’ Conference which produced The Common Good and the Catholic Church’s Social Teaching in the run-up to the 1997 general election. In 1998 he stood down from his responsibilities in the education sphere and took the chair of the Bishops’ Department for International Affairs. Since 1982 he had been the hierarchy’s advisor to the Catholic Institute for International Relations.

In May 2001 Bishop Konstant suffered a stroke while travelling through France to join the annual diocesan pilgrimage to Lourdes, and shortly afterwards he petitioned the Holy See for a Coadjutor Bishop to assist him in running the diocese and the result was the appointment of Bishop Arthur Roche in July 2002. He retired in April 2004 when Bishop Roche succeeded him as the ninth Bishop of Leeds. Following his retirement, Bishop Konstant was awarded honorary degrees by Leeds Metropolitan University in 2004 and by the University of Bradford in 2006, in recognition of his contributions to education, international relations and the civic life of his adopted county.

As Bishop of Leeds, David Konstant served as the first chairman of WYEC, the West Yorkshire Ecumenical Council in 1986-87. In 1991 he convened the Leeds Diocesan Pastoral Assembly and following on from this event he instigated the development of Hinsley Hall as the Leeds Diocesan Pastoral and Conference Centre in Headingley, which opened in 1999. He also oversaw the building of a new Diocesan Youth Centre at Myddleton Grange near Ilkley, which was completed in 2002. These projects were made possible by the success of the Growing as a Diocese fund-raising appeal, launched in 1993 and which eventually produced over £5 million.

To mark his 75th birthday in the summer of 2005 the diocese published a festschrift, The Bishops of Leeds 1878-1985 – Essays in Honour of Bishop David Konstant. Over the years he himself authored several books on aspects of Catholic education and liturgy. He also wrote several devotional works and composed a number of modern hymns. In 2009 he published Post Scripts – Some Pieces from Yorkshire, a collection of Saturday Sermons originally written for the Yorkshire Post.

For more information about the BKCAT click on the link below:
http://www.bkcat.co.uk

The Bishop Konstant Catholic Academy Trust is an exempt charity regulated
by the Secretary of State for Education. It is a company limited by guarantee registered in England and Wales, company number 8253770,
whose registered office is at: The Zucchi Suite, Nostell Business Estate, Nostell, Wakefield, WF4 1AB.

© 2021 St Benedict's Catholic Primary School.
school website, mobile app and podcasts are created using School Jotter, a Webanywhere product. [Administer Site]
We use cookies to provide you with the best experience on our website. Read our Privacy Policy to find out more.